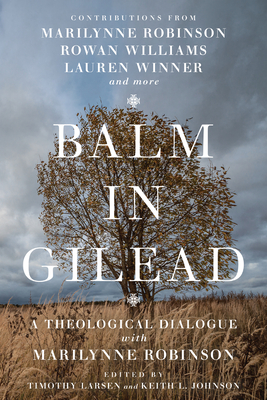 Pulitzer Prize-winning novelist Marilynne Robinson is one of the most eminent public intellectuals in America today. In addition to literary elegance, her trilogy of novels (Gilead, Home, and Lila) and her collections of essays offer probing meditations on the Christian faith. Many of these reflections are grounded in her belief that the sixteenth-century Protestant Reformer John Calvin still deserves a hearing in the twenty-first century. This volume, based on the 2018 Wheaton Theology Conference, brings together the thoughts of leading theologians,...
View More... 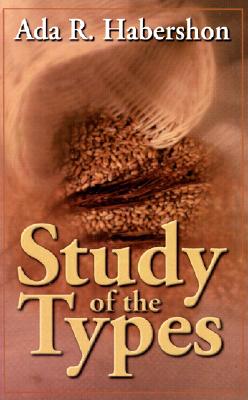 The Study of the Types: A New Enlarged Edition

Habershon unfolds the types and symbols in Scripture that represent Christ and His work. A classic resource
View More... 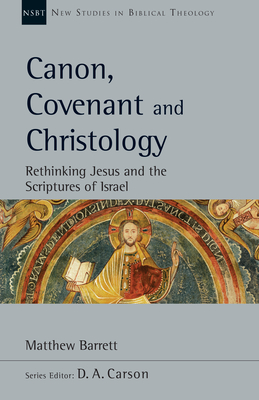 Canon, Covenant and Christology: Rethinking Jesus and the Scriptures of Israel (New Studies in Biblical Theology)

"All Scripture is breathed out by God" (2 Timothy 3:16). From Paul's epistles the divine inspiration
View More... 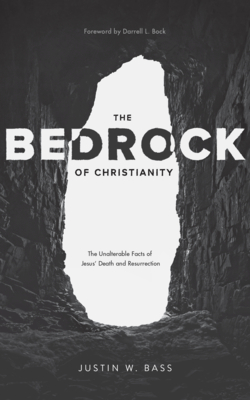 The Bedrock of Christianity: The Unalterable Facts of Jesus' Death and Resurrection

Can we all agree on some things about Jesus, regardless of our belief--or unbelief? Perha
View More... 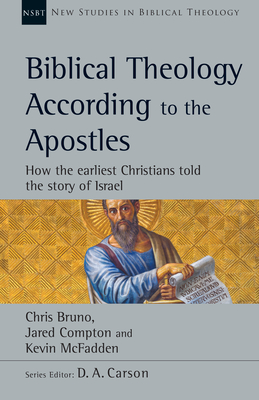 How did the apostles understand the Old Testament? Although relatively few in numbe
View More... 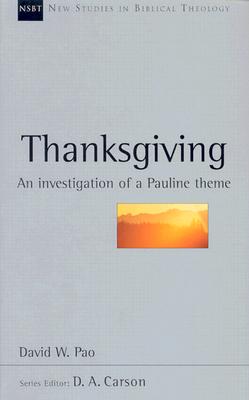 Thanksgiving: An Investigation of a Pauline Theme (New Studies in Biblical Theology)

"Be thankful" (Colossians 3:15) is a recurring exhortation in the letters of the apostle Paul. No other New Testament writer gives such a sustained emphasis on thanksgiving--and yet, major modern studies of Paul fail to wrestle with it. David Pao aims to rehabilitate this theme in this comprehensive and accessible study, a New Studies in Biblical Theology volume. He shows how, for Paul, thanksgiving is grounded in the covenantal traditions of salvation history. To offer thanks to God is to live a life of worship and to anticipate the future acts of God, all in submission to the lordship of Chr...
View More... 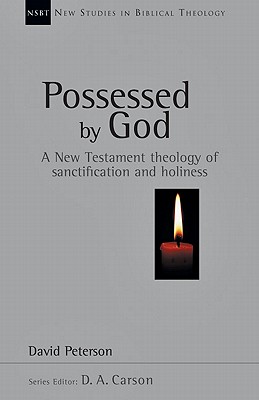 Possessed by God: A New Testament theology of sanctification and holiness (New Studies in Biblical Theology)

In this New Studies in Biblical Theology volume, David Peterson challenges the common assumption that the New Testament views sanctification as primarily a process. He argues that its emphasis falls upon sanctification as a definitive event, "God's way of taking possession of us in Christ, setting us apart to belong to him and to fulfill his purpose for us." Simply to identify sanctification with growth and holiness, he contends, obscures the emphasis and balance of New Testament teaching and creates unrealistic expectations. Throughout this study Peterson builds his case on the careful exeges...
View More... 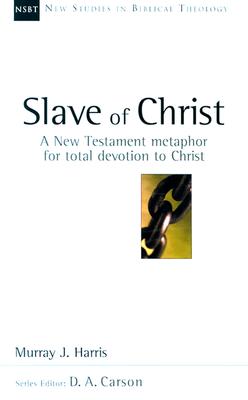 The New Testament finds many ways to depict the relationship of Christians and their Lord. They are his disciples, sons, daughters and friends. But it is perhaps too little recognized that they are also his slaves. In this New Studies in Biblical Theology volume, Murray J. Harris sets out to uncover what it means to be a slave of Christ. He begins by assessing the nature of actual slavery in the Greco-Roman world and the New Testament's attitude towards it. Drawing insights from this, he goes on to unfold the metaphor of slavery to Christ. Among the topics discussed are slavery and spiritual f...
View More... 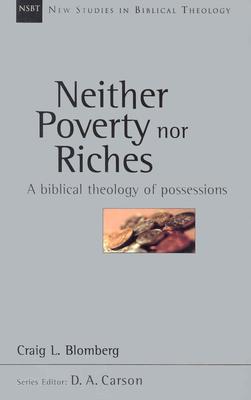 Give me neither poverty nor riches, but give me only my daily bread. (Proverbs 30:8) One of the most difficult questions facing Christians today is that of the proper attitude toward possessions. In wealthy nations such as Britain and the USA, individuals accumulate much and yet are daily exposed to the plight of the poor, whether the homeless on their own city streets or starving children on their TV screens. What action should we take on behalf of the poor? What should we do with our own possessions? In this New Studies in Biblical Theology volume, Craig Blomberg asks what the Bible...
View More... 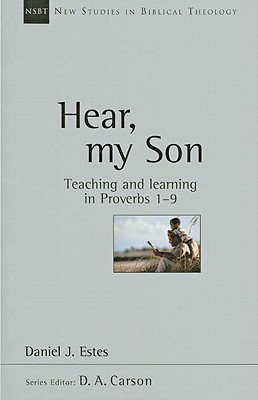 Even a cursory reading of the book of Proverbs reveals that it is dominated by the subject of education, or personal formation. The voice of the teacher addressing his pupils resounds from its pages. A wide array of topics is presented, and frequent exhortations challenge the learner to hear and heed the teacher's instruction. This material, however, comes for the most part without recognizable order or sequence. Much of Proverbs consists of apparently random collections of maxims. As readers, we see many individual pieces, but the puzzle as a whole remains unclear. In this New Studies in Bibl...
View More... 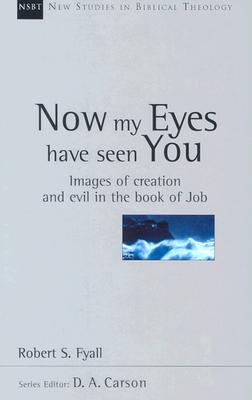 Now My Eyes Have Seen You: Images of Creation and Evil in the Book of Job (New Studies in Biblical Theology)

'Now my eyes have seen you." (Job 42:5) Few biblical texts are more daunting, and yet more fascinating, than the book of Job--and few have been the subject of such diverse interpretation. For Robert Fyall, the mystery of God's ways and the appalling evil and suffering in the world are at the heart of Job's significant contribution to the canon of Scripture. This New Studies in Biblical Theology volume offers a holistic reading of Job, with particular reference to its depiction of creation and evil, and finds significant clues to its meaning in the striking imagery it uses. Fyall takes seriousl...
View More... 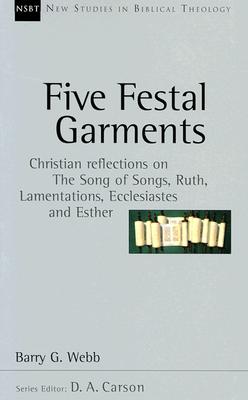 These five Old Testament books, traditionally known simply as "the Scrolls," are among the most neglected parts of the Christian Bible. In Judaism, the Song of Songs, Ruth, Lamentations, Ecclesiastes and Esther were eventually adopted as lectionary readings for five of the major festivals. In Christian tradition, however, no consensus has emerged about their proper use. Each book presents particular difficulties with regard to how it relates to the rest of Scripture and how it should be understood as the Word of God for us today. In this New Studies in Biblical Theology volume, Barry Webb offe...
View More... 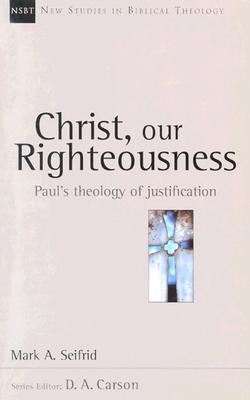 In this New Studies in Biblical Theology volume, Mark Seifrid offers a comprehensive analysis of Paul's understanding of justification, in the light of important themes including the righteousness of God, the Old Testament law, faith, and the destiny of Israel. A detailed examination of justification in the letter to the Romans is followed by a survey of the entire Pauline corpus. Seifrid's analysis incorporates a critical assessment of the "new perspective," challenging its most basic assumptions; an evaluation of the contribution of recent German scholarship; and a reaffirmation of the "Chri...
View More... 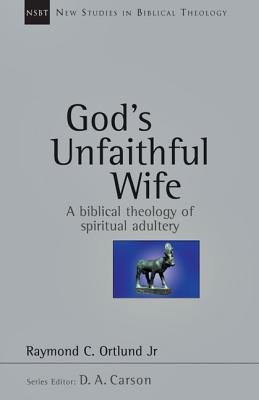 The biblical theme of spiritual adultery stands in all its bluntness for a deeply offensive sin--the unfaithfulness of God's covenant people in departing from Yahweh, their husband, and going after false gods. Raymond C. Ortlund Jr. begins by showing how the Genesis vision of human marriage provides the logic and coherent network of meanings for the story of Israel's relationship with Yahweh. He traces the specific theme of marital unfaithfulness, first through the historical books of the Old Testament and then through the prophets, particularly Hosea, Jeremiah and Ezekiel. Turning to the New ...
View More... 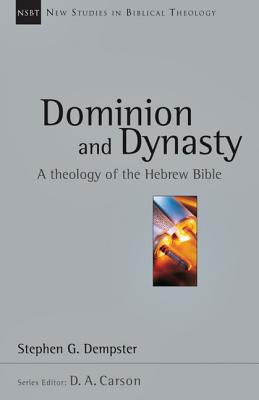 In this stimulating New Studies in Biblical Theology volume, Stephen G. Dempster argues that, despite its undoubted literary diversity, the Hebrew Bible possesses a remarkable structural and conceptual unity. The various genres and books are placed within a comprehensive narrative framework which provides an overarching literary and historical context. The many texts contribute to this larger text, and find their meaning and significance within its story of "dominion and dynasty," which ranges from Adam to the Son of Man, from David to the coming Davidic king. Addressing key issues in biblical...
View More... 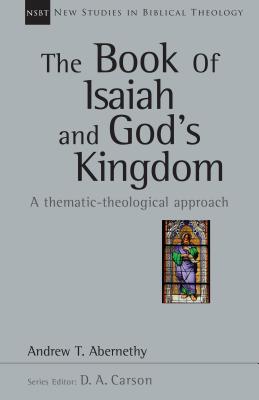 The Book of Isaiah and God's Kingdom: A Thematic-Theological Approach (New Studies in Biblical Theology)

The book of Isaiah has nourished the church throughout the centuries. However, its massive size can be intimidating; its historical setting can seem distant, opaque, varied; its organization and composition can seem disjointed and fragmented; its abundance of terse, poetic language can make its message seem veiled--and where are those explicit prophecies about Christ? These are typical experiences for many who try to read, let alone teach or preach, through Isaiah. Andrew Abernethy's conviction is that thematic points of reference can be of great help in encountering Isaiah and its rich theolo...
View More... 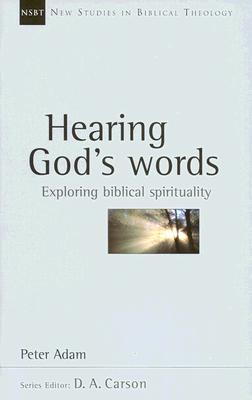 Many discussions of Christian spirituality draw on a range of traditions and "disciplines." Little attention, however, appears to have been given to the Bible itself for its teaching on this theme or as a source of spirituality. Similarly, it is commonly assumed that, when it comes to spirituality, the evangelical tradition has little to offer. In response, Peter Adam urges us to renew our confidence in a biblical model of spirituality and to test our spirituality by the Bible. Drawing on a selection of Old and New Testament texts, along with significant insights from the Christian tradition (...
View More... 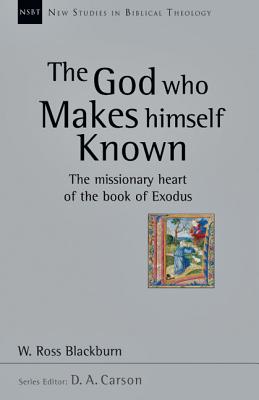 The God Who Makes Himself Known: The Missionary Heart of the Book of Exodus (New Studies in Biblical Theology)

The Lord's commitment to make himself known throughout the nations is the overarching missionary theme of the Bible and the central theological concern of Exodus. Countering scholarly tendencies to fragment the text over theological difficulties, Ross Blackburn contends that Exodus should be read as a unified whole, and that an appreciation of its missionary theme in its canonical context is of great help in dealing with the difficulties that the book poses. For example, how is Exodus 6:3 best understood? Is there a tension between law and gospel, or mercy and judgment? How should we understan...
View More... 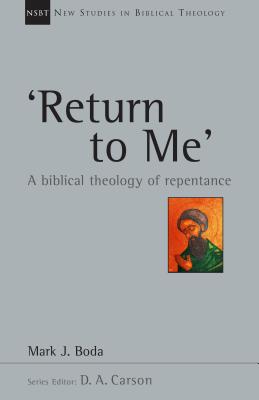 "Return to me, says the LORD of hosts, and I will return to you," (Zech 1:3 ESV). Repentance concerns the repair of a relationship with God disrupted by human sin. All the major phases of church history have seen diversity and controversy over the doctrine. The first of Luther's famous ninety-five theses nailed to the church door in Wittenburg in 1517 stated that 'the entire life of believers should be one of repentance'. In recent times, two divisive debates within evangelicalism over 'lordship salvation" and "hypergrace" have had repentance at their core. The theme of repentance is evident i...
View More... 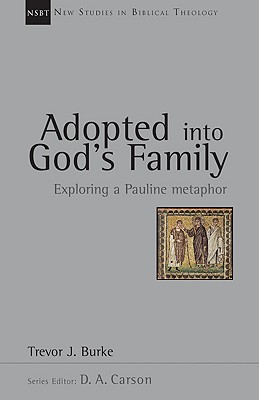 The relationship between God and his people is understood in various ways by the biblical writers, and it is arguably the apostle Paul who uses the richest vocabulary. Unique to Paul's writings is the termhuiothesia, the process or act of being "adopted as son(s)." It occurs five times in three of his letters, where it functions as a key theological metaphor. In this New Studies in Biblical Theology volume, Trevor Burke argues thathuiothesia has been misunderstood, misrepresented or neglected through scholarly preoccupation with its cultural background. He redresses the bala...
View More...