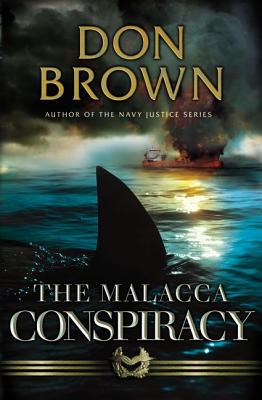 Set in Singapore, Indonesia, Malaysia, and the United States, The Malacca Conspiracy is a bone-chilling tale of terrorism on the high seas, of political assassination and nuclear brinkmanship. And for Zack and Diane--your favorite JAG characters from Don Brown's popular Navy Justice Series--a story of hope for a longstanding romance that is now or never. When a dastardly plot is hatched in the Malaysian seaport of Malacca to attack civilian oil tankers at sea, to drive up the price of crude oil futures, and to assassinate the Indonesian president and use fat windfall profits to finance a nuclear attack against American cities, Navy JAG officers Zack Brewer and Diane Cocernian reunite in a sizzling race against the clock to foil the conspiracy before disaster strikes. But as President Mack Williams sends ships of the U.S. Seventh Fleet towards the Malacca Straights to reassert control over the sea lanes, will Navy JAG officers Zack Brewer and Diane Colcernian survive this dangerous and final high-stakes drama of life and death? You won't be able to put this thriller down until you find out.