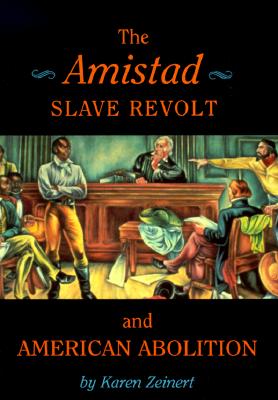 This work of nonfiction tells the whole story of the 1839 Amistad rebellion, from the capture of the leader Cinque in Africa to the Middle Passage to Cuba, the revolt of the 52 Africans and their capture, their long legal battle, and the final return home of the 38 men and children left alive two years later.

The Amistad affair shook the nation with its fierce fight for freedom by black people enslaved, and the support they were given by abolitionist forces in the North. Behind the scenes were legal manueverings and political ramifications: presidential aspirations in an election year; the South's slave-based economy; and international affairs. The ordeal of the Africans, however, penetrated the American consciousness of the race question as never before. It brought before the public this defining issue: Can one person be the property of another?

Karen Zeinert looks carefully at the complexities of the Amistad story and puts it firmly in the context of its times. A former teacher, Zeinert has written many books on history, several of them for Linnet.