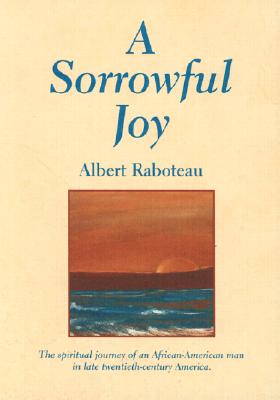 Description: Albert Raboteau was born into a Catholic family in Bay St. Louis, Mississippi, three months after his father was shot and killed by a white man. It was during the 1940s, when blacks couldn't swim at the same beach as whites, when the priest gave communion to white Catholics first and made others wait. In a moving account of his life, Raboteau tells how the boy grew into a man, married, became a success as a college administrator, then learned sorrow, lost his way and had to start over again. His is an American spiritual journey that is redolent of sacramental Christianity marking the sacredness of time, place, and community. The journey brought him to a conversation that reconciled him to his own past, including his religious heritage, his African roots, and his family members. In the end his spiritual quest became a journey home, to a human circle that opened to him and brought him to God. Endorsements: ""If you want to see why Albert Raboteau is among the most elegant writers now contemplating the most important things, begin with his brief spiritual autobiography, A Sorrowful Joy. Next read the epilogue A Fire in the Bones. Then return to Slave Religion, the book for which he is famous, and you will understand why it first moved you as deeply as it did."" --Jeffrey Stout, author of Blessed Are the Organized About the Contributor(s): Albert J. Raboteau is the Henry W. Putnam Professor of Religion at Princeton University. The text of this book was originally delivered as a Harold M. Wit Lecture at Harvard University Divinity School.