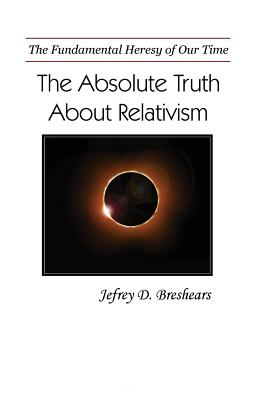 Absolute Truth About Relativism: The Fundamental Delusion of Our Time

The Christian philosopher Alvin Plantinga writes that as a student at Yale the academic culture was wonderfully stimulating, free and open in most every respect but one: whenever the question, "What is the truth about this matter?" came up, it was usually dismissed as unsophisticated and naive. Obviously, Pilate's question to Jesus, "What is truth?" remains an open issue and an unsolvable riddle - if not a purely rhetorical question - to most of our current crop of cultural elites. As William Gairdner notes in The Book of Absolutes, "Ironically, relativism has become our only absolute."

Practically-speaking, the question of whether objective truth exists is the foundational issue of the Christian faith. Although people identify with the Christian faith for a variety of reasons, ultimately the only reason for being a Christian is if in fact it is true. But if relativists are right and there is no truth, then all doctrines and professions of faith are purely subjective - in which case the Christian faith is essentially a fraud and its unique truth-claims are ludicrous.

Philosopher Peter Kreeft observes that of all the symptoms of decay in our culture, relativism is the most disastrous. It is, in the words of Michael Novak, "an invisible gas, odorless and deadly, that is polluting every free society on earth." C. S. Lewis called it "the disease that will certainly end our species (and... damn our souls) if it is not crushed." It is also the insidious and divisive deception that is driving the culture war and perpetuating the gridlock in our political system.

The absolute truth about relativism is that it is intellectually and morally bankrupt and the basis for much of the spiritual deception in our society today. It is, in effect, the fundamental heresy of our time.

Title: Absolute Truth About Relativism: The Fundamental Delusion of Our Time

Absolute Truth About Relativism: The Fundamental Delusion of Our Time