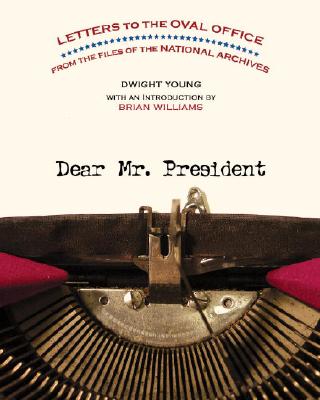 Dear Mr. President: Letters to the Oval Office from the Files of the National Archives

"The letters provide a nostalgic timeline of American history told through the words and feelings of Americans, from regular folks to kings." --Star Gazette, Elmira, NY, Dec. '05

"There are more than 80 letters, reflecting both our history and our very American sense that when we speak, our president should listen." --The Arizona Republic, Dec. '05 Drawn from the extensive holdings of the National Archives--which includes all of the Presidential libraries--these carefully chosen letters remind us that ours is a government "of the people, by the people, and for the people," which entitles us to make our views known to our leaders. Most of the letters come from working citizens; others were written by notable figures: John Glenn, Elvis Presley, Walt Disney, Ho Chi Minh, Nikita Kruschev, Upton Sinclair, John Steinbeck, Robert Kennedy, and many more. Grouped thematically, the sections cover such topics as civil rights, the Cold War, physical fitness, joblessness, World War II, western expansion, and the space race. An introduction by NBC Nightly News anchor Brian Williams and essays by Dwight Young evoke the tenor of the times in which the letters were written. A wonderful gift book for any American, Dear Mr. President is both enlightening and fun to read.

Title: Dear Mr. President: Letters to the Oval Office from the Files of the National Archives

Dear Mr. President: Letters to the Oval Office from the Files of the National Archives