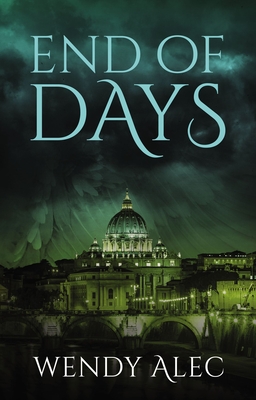 End of Days (Chronicles of Brothers)

A man face down in the dirt amid melting Arctic snow, a deep sense of unease but no memory of how he got there - Jason De Vere, once the head of a global media empire.

Found and briefly taken to a safe house, Jason's soon on the run again - there's a 50-million-dollar bounty if he can be taken alive.

Thrown together with his ex-wife and a crusading young journalist, Jason begins a desperate search for answers. It's a race against time, a fight for survival - and the stakes are higher than he could possibly have imagined.

4 billion microchips - promising miraculous benefits - are being shipped to population centres around the world. And soon every human being on Earth will have to make a choice...

CHRONICLES OF BROTHERS is the story of three brothers fighting for the future of humanity. From desert tombs, to the towers of Wall Street, to the ancient past, this super-epic tale reveals the hidden history of mankind and the origins of evil itself.

End of Days (Chronicles of Brothers)