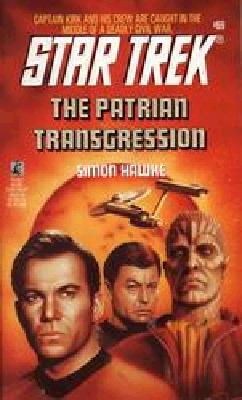 The U.S.S. "Enterprise(TM) " is sent to Patria I to discuss that world's application for federation membership. But Captain Kirk and his landing party soon discover that the Patrians have a strict system of laws -- laws that are enforced by a telepathic police force.

In the midst of this startling revelation, the crew finds themselves in the middle of Patrias's growing political unrest. Caught between the Patrian telepathic police force and a deadly group of terrorists, Kirk, Spock and the others must fight for their lives on a world wher their thoughts make them criminals -- and all crimes are punishable by death.