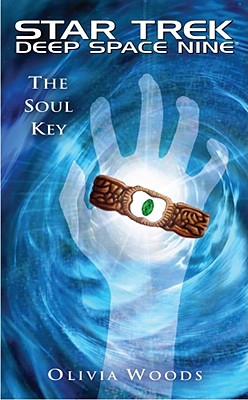 
Continuing the events from Star Trek: Fearful Symmetry, a new novel in the ongoing Deep Space Nine series set after the end of the critically acclaimed television series.

Captain Kira's lookalike, Iliana Ghemor, dreams of fulfilling a prophecy that will mark her as the one true Emissary of the mirror universe--a messianic figure who will lead her followers into a war that could trigger the cleansing of countless alternate Kiras in countless parallel realities. But the stakes are higher than anyone imagines, for the pull of destiny tugs at other souls who are swept into the vortex of the Prophets, remote and timeless beings who have set these events in motion. Yet the outcome of this struggle for the fate of one universe will ripple across many others, giving shape to a future that will prove to be greatest trial yet for the heroes of station Deep Space 9.