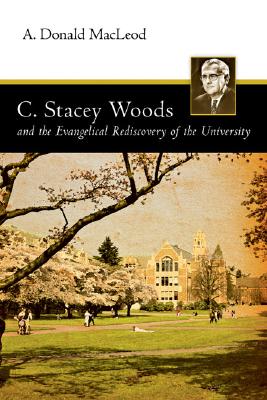 By: A. Donald MacLeod

The Word Guild 2008 Canadian Christian Writing Awards winner C. Stacey Woods was a moving force in mid-century American evangelicalism. The Australian-born, Brethren-bred Woods came to Canada to head InterVarsity Christian Fellowship at the age of 24. He went on to become as well the first general secretary of InterVarsity Christian Fellowship in the United States. He started the influential student magazine HIS in the early 1940s and was instrumental in the founding of the worldwide umbrella organization of indigenous student movements--the International Fellowship of Evangelical Students. His global vision inspired many of the most outstanding Christian leaders of the 1960s and 1970s from around the world. He was a brusque, outspoken entrepreneur whose whirlwind style achieved much but was not always suited to administration. A man of great strengths and weaknesses, perhaps his most striking achievement was challenging the anti-intellectualism of conservative American Christianity, encouraging an active engagement with the university. He confronted a fundamentalism that had abandoned to liberalism the very educational institutions its forebears had founded. Woods turned this approach on its head, encouraging active engagement with the students and faculty of the university as well as with the institution itself. This story is an important chapter in understanding the ways evangelicalism has interacted with culture in North America and around the world.

Title: C. Stacey Woods and the Evangelical Rediscovery of the University