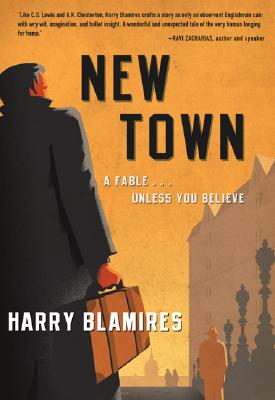 *New Town: A FableUnless You Believe

When Bernard Dayman falls asleep, the nurse thinks he has died. Bernard thinks so too, until he opens his eyes and finds himself waiting for a bus on a street he had never traveled before. Is this heaven? No, it's the decaying city of Old Town. As Bernard begins to explore his new surroundings crumbling beneath him, he soon realizes that he cannot stay. After learning about the homes in New Town, Bernard becomes determined to get there . . . and along the way discovers a thing or two about the Christian walk. In the footsteps and style made popular by his college professor and friend, C. S. Lewis, Blamires has created an entirely original and inventive story about living the Christian life. Masterful story-telling and vivid metaphors make this an entertaining read for fiction enthusiasts everywhere.

*New Town: A FableUnless You Believe